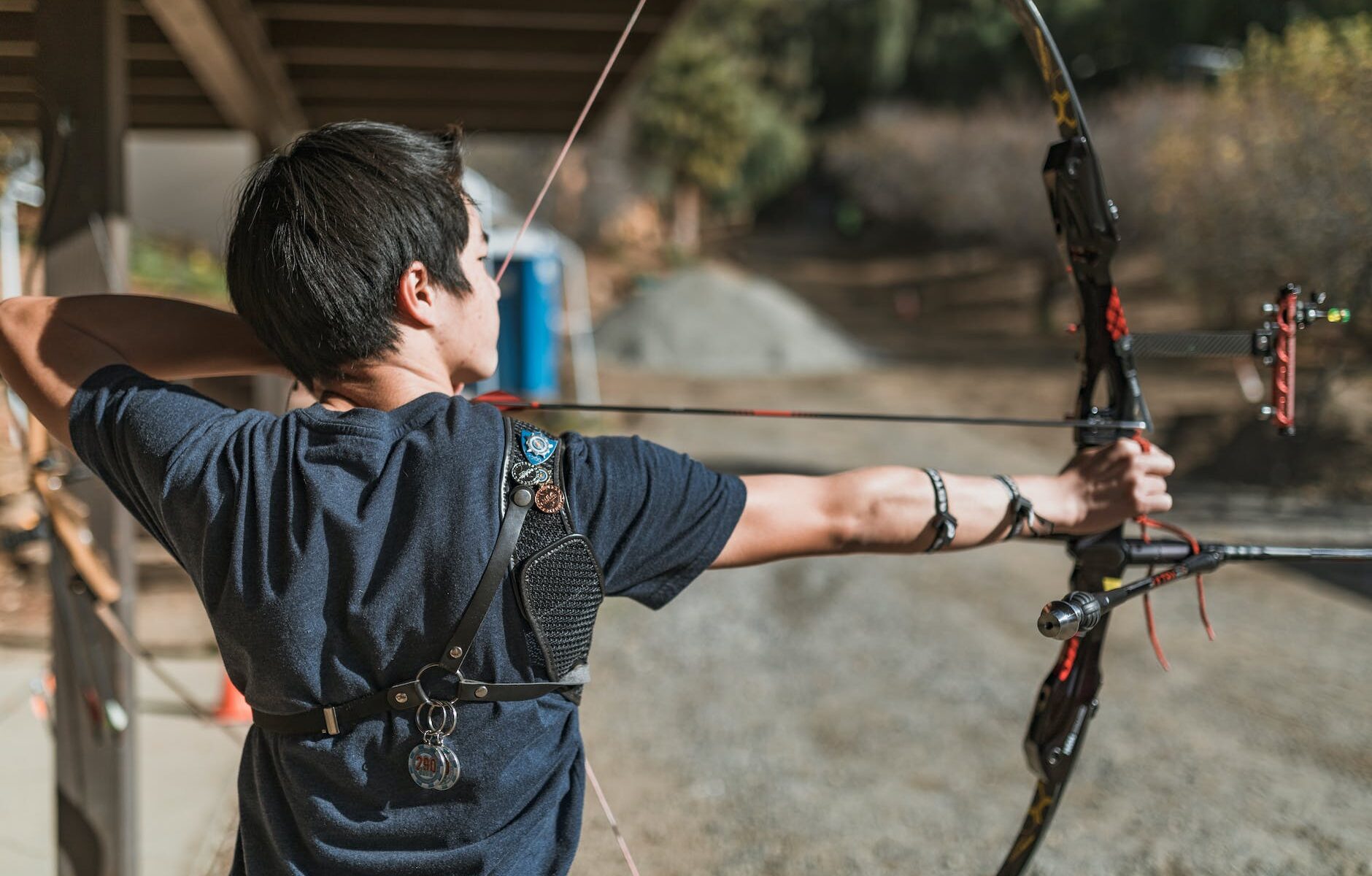 TOPICS: Joseph’s conundrum and God’s solution; God’s ability to communicate; What does “of holy spirit” mean?; What is sin?; The character of Jesus and the Extent of His work.

TOPICS: Matthew 1 is about great productions – the stories of many people leading to Christ; How was Christ generated?; What would you do if your wife came home from a long trip with a baby bump?; God’s unique power and Mary’s pregnancy; Joseph weighs his options. 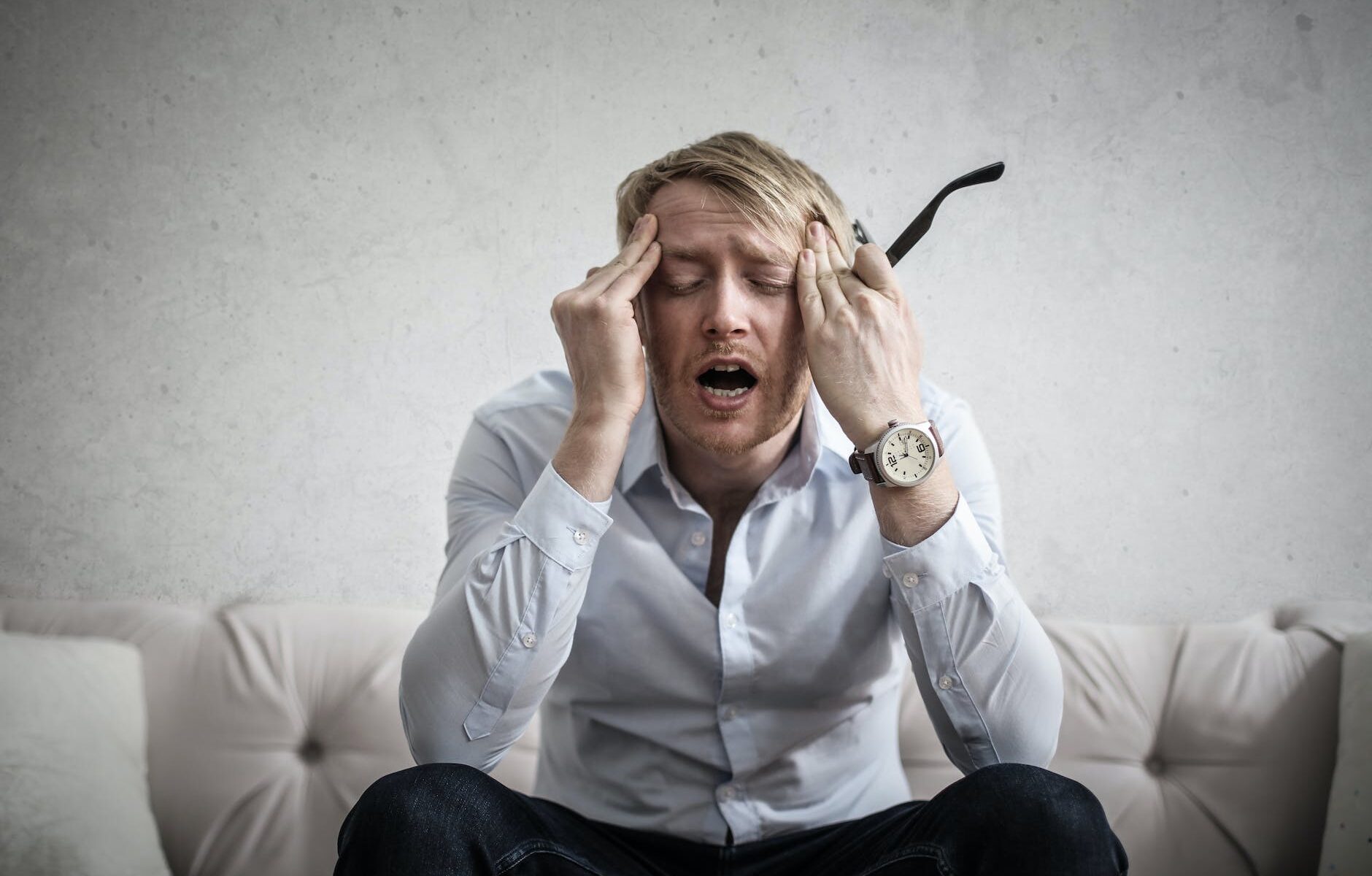 Baptism, end times predictions, healing, tongues, ordinances, pretending you are something you’re not, and other confusing topics are cleared up by rightly dividing the Word of Truth. 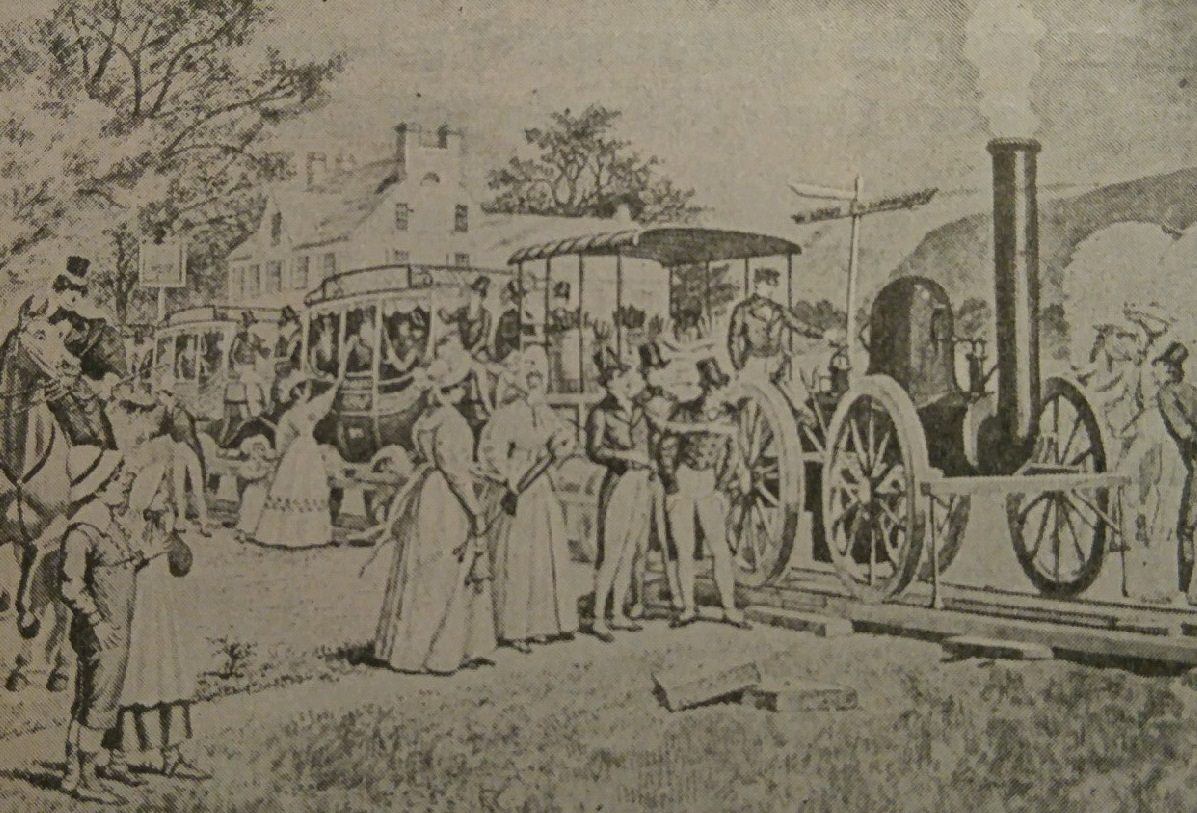 In the 1830s, the world began progressing technologically at unprecedented levels through the efforts of inventors busily applying their talents for humanity’s sake. One revolutionized travel, helped build America, and expanded narrow minds as a by-product. Here’s the story.

George Stephenson, an English civil and mechanical engineer, was born June 9, 1781. In 1814, he invented a steam engine running on wheels grooved onto rails dragging attached cars loaded with cargo.

“Suppose, Mr. Stephenson, that a cow were to get in front of your engine moving at full speed, what would happen?”

George, however, unmoved by the little faith cynic, replied with his Northumberland accent,

Before the railroad, people traveled at a snail’s pace by wagon carrying small loads, which was not easy, especially maneuvering through muddy trails and weather conditions. After Stephenson’s invention appeared in America, freight trains crossed the country through any weather carrying large loads at lightning speeds.

The railroad lowered transportation costs, encouraged travel, and added new cities and states to the American landscape. America became smaller and easier to govern, too.

In 1830, Americans laid 23 miles of track for horse-drawn cars. By 1840, they embedded 2,800 miles of rail powered by Stephenson’s invention and blanketed over 30,000 miles of the country by 1860. Railroads and steamboats put westward expansion on the fast track. 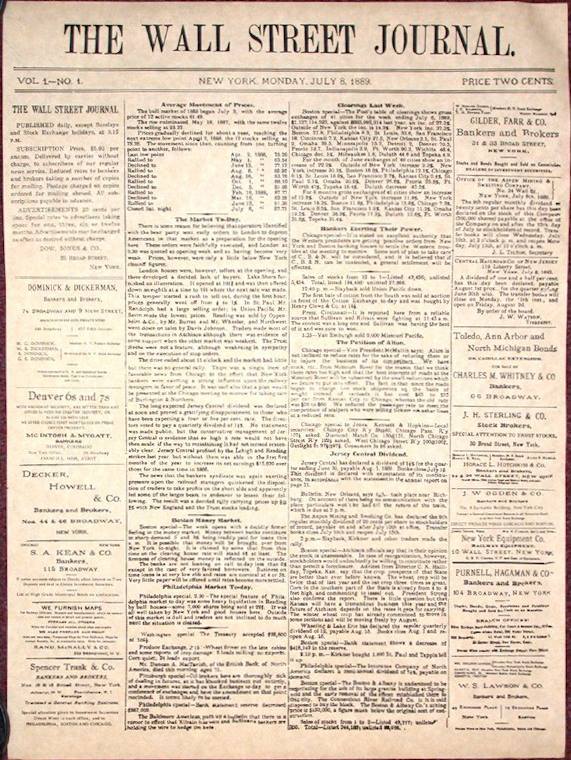 Sir William Blackstone said, “Every freeman has an undoubted right to lay what sentiments he pleases before the public.” Freedom of speech is essential in a society, for free debate leads to the correction of public errors. But Blackstone also warned that “if he publishes what is improper, mischievous, or illegal, he must take the consequences of his temerity.” Freedom of speech comes with responsibilities.

“The only security of all is in a free press. The force of public opinion cannot be resisted when permitted freely to be expressed. The agitation it produces must be submitted to. It is necessary, to keep the waters pure.” –Thomas Jefferson to Lafayette, 1823.

“Our liberty cannot be guarded but by the freedom of the press, nor that be limited without danger of losing it.” –Thomas Jefferson to John Jay

The First Amendment says THE freedom of the press, which was an existing right, and that is why the framers inserted the definite article. What is the press? It includes “all modes of putting facts, views, and opinions before the public.” Because of easy access to information, modern Americans are, in some measure, amateur press members. Think about that whenever you share “information.” What is your motivation? Are you doing it for truth’s sake? Or, are you motivated by party, willing to sell out your conscience for an election victory? If you’re a Christian, are you ready to toss your Bible out the window so you can bear false witness to promote your candidate and issues? When you achieve a victory through vanity, your returns will only be diminished.

Benjamin Franklin provided an example of virtuous news stewardship. He refused to print a vicious article. When the author asked why, “It is highly scurrilous and defamatory,” was Ben’s reply. “But being at a loss, on account of my poverty, whether to reject it or not, I thought I would put it to this issue. At night when my work was done, I bought a twopenny loaf, on which I supped heartily, and then, wrapping myself in my great coat, slept very soundly on the floor until morning, when another loaf and mug of water afforded a pleasant breakfast. Now, sir, since I can live very comfortably in this manner, why should I prostitute my press to personal hatred or party passion for a more luxurious living?” 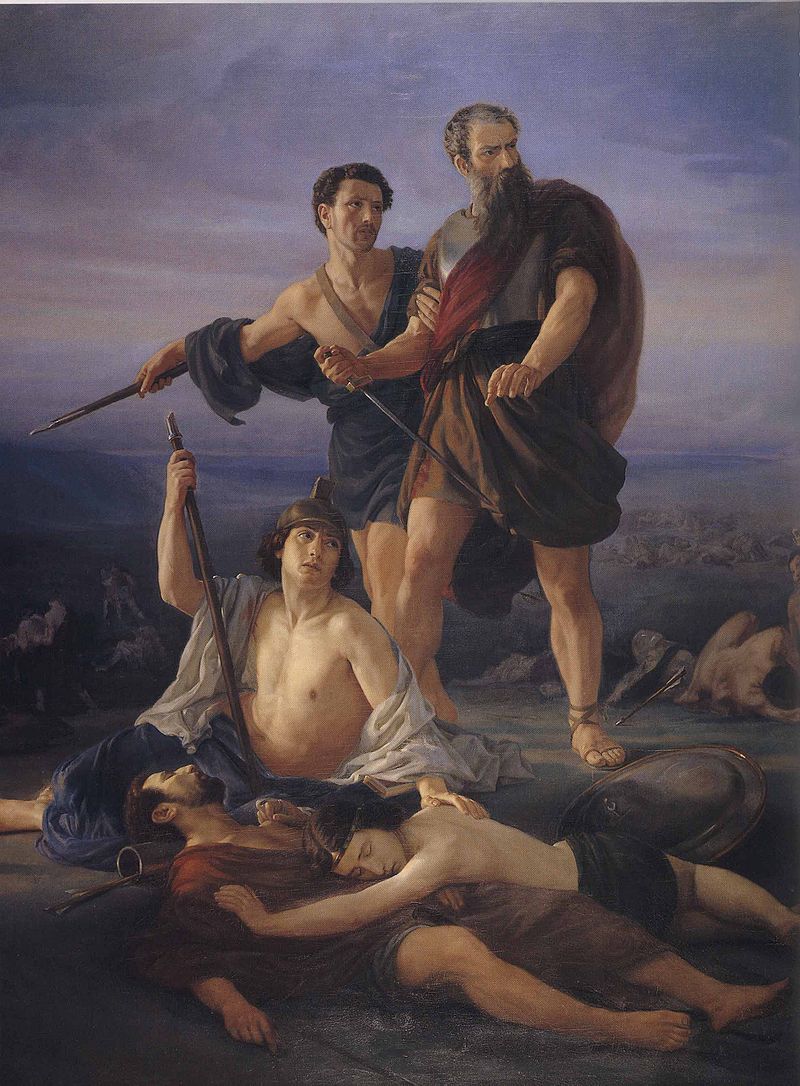 “The beauty of Israel is slain…tell it not in Gath…lest the daughters of the Philistines rejoice…Ye mountains of Gilboa, let there be no…rain, upon you…for there the shield of the mighty was vilely cast away…Saul and Jonathan were lovely and pleasant in their lives, and in their death they were not divided…Ye daughters of Israel, weep over Saul…” 2 Samuel 1:19-23

The Apostle Paul, the famous minister to the Gentiles, was named after the first king of Israel, Saul. Many consider King Saul an infamous man and classify him among the world’s criminals. Saul did some foolish things, to be sure; he didn’t keep his word, pursued David, tried to kill him a few times, almost killed his son, disobeyed God regarding Amalek, and worst of all, consulted a medium! All bad. But his whole life wasn’t bad. In the Scriptures quoted above, King David said, “Saul and Jonathan were lovely and pleasant in their lives.”

David praised the man who persecuted him, calling him “lovely.” Saul had some terrible moments, evil moments, but David never mentions any of those! Look at the string of verses quoted above. Notice the following points:

How refreshing to read such an account in a world where people become eternally offended and sever friendships over the slightest offenses, real or pretended. Let us be as gracious as David. After all, he had his bad moments, too, and so do we.

Maybe Paul had David’s words concerning his namesake in mind when he said:

“Let all bitterness, and wrath, and anger, and clamour, and evil speaking, be put away from you, with all malice: And be ye kind one to another, tenderhearted, forgiving one another, even as God for Christ’s sake hath forgiven you.”